How Did the Duck Hunt Gun Work? 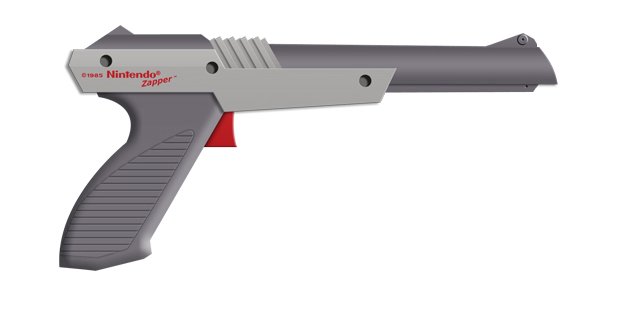 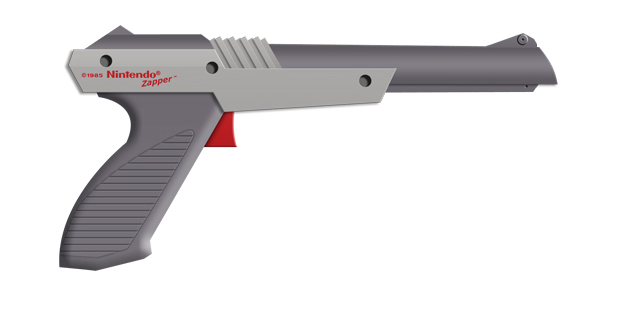 For many children of the '80s, a good portion of your childhood probably revolved around sitting too close to the TV, clutching a plastic safety cone-colored hand gun and blasting waterfowl out of a pixilated sky in Duck Hunt (also, trying to blow that dog’s head off when he laughed at you). The Duck Hunt gun, officially called the Nintendo Entertainment System (NES) Zapper, seems downright primitive next to the Nintendo’s Wii and Microsoft’s Kinect, but in the late 80s, it filled plenty of young heads with wonder. How did that thing work?

Annie Get Your Zapper

The Zapper’s ancestry goes back to the mid 1930s, when the first so-called “light guns” appeared after the development of light-sensing vacuum tubes. In the first light gun game, Ray-O-Lite (developed in 1936 by Seeburg, a company that made parts and systems for jukeboxes), players shot at small moving targets mounted with light sensors using a gun that emitted a beam of light. When the beam struck a sensor, the targets – ducks, coincidentally – registered the “hit” and a point was scored.

Light guns hit home video game consoles with Shooting Gallery on the Magnavox Odyssey in 1972. Because the included shotgun-style light gun was only usable on a Magnavox television, the game flopped. The Nintendo Entertainment System (NES) Zapper then fell into the hands of American kids in October 1985, when it was released in a bundle with the NES, a controller and a few games. Early versions of the peripheral were dark gray, but the color of the sci-fi ray gun-inspired Zapper was changed a few years later when a federal regulation required that toy and imitation firearms be “blaze orange” (color #12199, to be exact) so they wouldn’t be mistaken for the real deal.

While there were a number of Zapper-compatible games released for the NES (when I was a kid and my dad worked from home, we wasted plenty of afternoons away playing Hogan’s Alley), most lived in the shadow of the iconic Duck Hunt, the most recognizable and popular Zapper game.

Gone in a Flash

While older light guns like the Ray-O-Lite rifle emitted beams of light, the Zapper and many other recent light guns work by receiving light through a photodiode on or in the barrel and using that light to figure out where on the TV screen you're aiming.

This target flashing method helped Nintendo overcome a weakness of older light gun games: cheaters racking up high scores by pointing the gun at a steady light source, like a lamp, and hitting the first target right out of the gate.

Matt Soniak is a long-time mental_floss regular and writes about science, history, etymology and Bruce Springsteen for both the website and the print magazine. His work has also appeared in print and online for Men’s Health, Scientific American, The Atlantic, Philly.com and others. He tweets as @mattsoniak and blogs about animal behavior at mattsoniak.com.