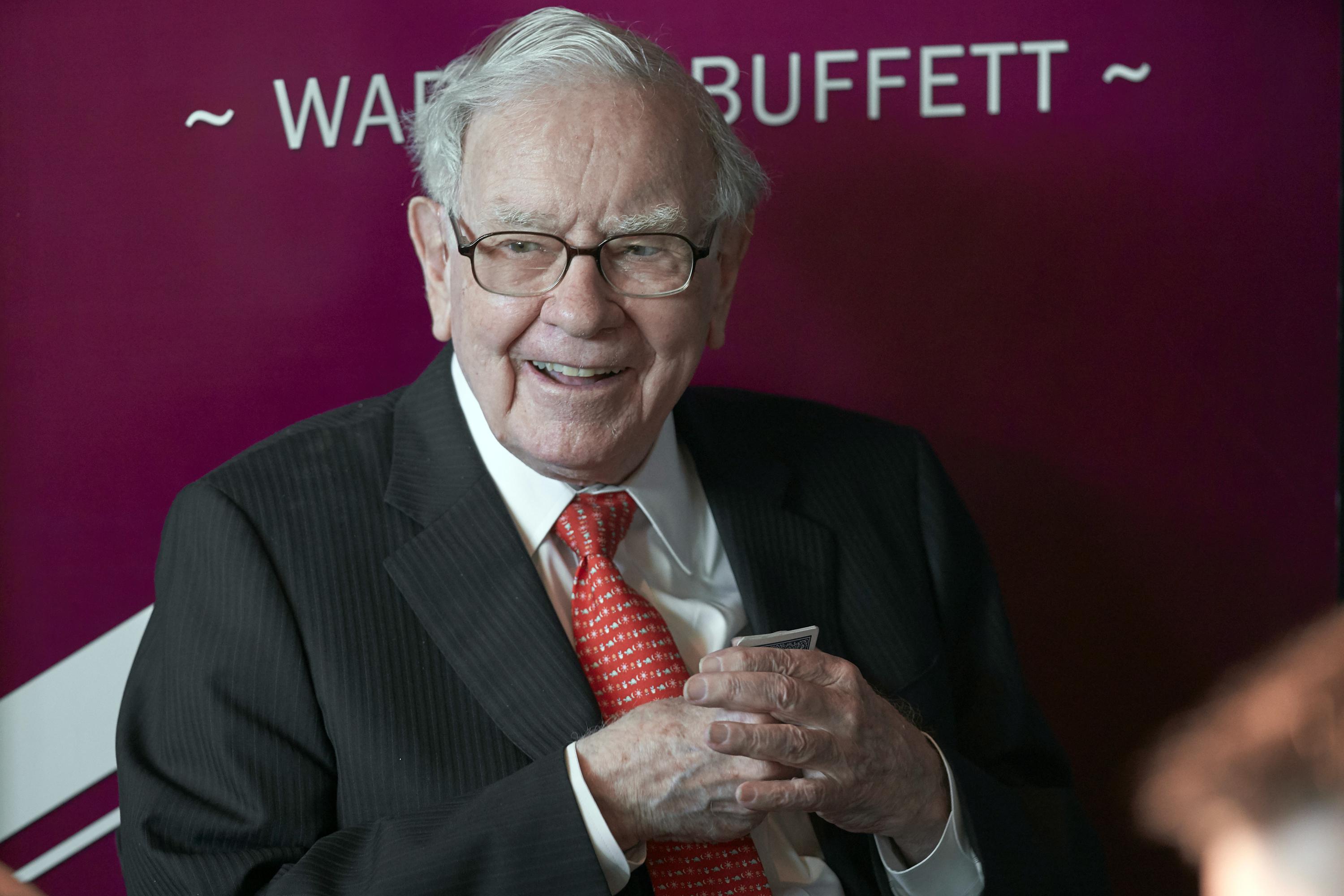 Big business has ratcheted up its objections to proposals that would make it harder to vote, with several hundred companies and executives signing a new statement opposing “any discriminatory legislation.”

The letter, published Wednesday in The New York Times and The Washington Post, was signed by companies including Amazon, Google, Starbucks and Bank of America, and individuals such as Warren Buffett and Michael Bloomberg, plus law firms and nonprofit groups.

It was the largest group yet to join protests against Republican efforts to change election rules in states around the country.

“Voting is the lifeblood of our democracy and we call upon all Americans to join us in taking a nonpartisan stand for this most basic and fundamental right of all Americans,” the letter reads. “We all should feel a responsibility to defend the right to vote and oppose any discriminatory legislation or measures that restrict or prevent any eligible voter from having an equal and fair opportunity to cast a ballot.”

Many of the signers have been loyal donors to Republican political campaigns.

The letter is a direct challenge to Republican officials who have pushed for changes in state voting laws, citing former President Donald Trump’s false claim that he lost the November election because of fraud. At the same time, Democrats in Congress propose to overhaul federal voting law in a way that Republicans argue would interfere with state control of elections and hurt the GOP.

There were some notable absences from Wednesday’s letter, including Walmart, Delta Air Lines and the Coca-Cola Co. All three companies’ CEOs had previously criticized a new Republican-backed law in Georgia that tightens voting laws.

A Delta spokeswoman declined to comment beyond pointing to a March 31 statement in which CEO Ed Bastian called the Georgia law unacceptable. A Coca-Cola spokeswoman said the company had not seen the letter but that it stands by its support for “free and fair elections.” Walmart CEO Doug McMillon has stated that the nation’s largest retailer is against legislation that unnecessarily restricts voting rights.

The business community traditionally has steered clear of taking public positions on political or social issues but that has been changing recently, with many of them putting out statements after the police killing of George Floyd last year.

Over the weekend, Yale University management professor Jeffrey Sonnenfeld helped organize a call with more than 100 corporate executives, academics and legal experts to discuss restrictive voting proposals, including the Georgia law. They talked about withholding campaign contributions to elected officials who try to restrict voting, and even withholding investment from states that adopt such laws — although the latter seemed to draw less support, he said.

This week, the leaders of three dozen major Michigan companies, including General Motors and Ford, objected to Republican-sponsored election bills that would make it harder to vote in Michigan and other states.

Dennis Archer Jr. is the first signature on the statement. The son of a former Detroit mayor who runs a small consulting firm, he knows there’s less risk of backlash for him than for large multinational companies. But there’s also a risk that Black people and others will stop buying goods from companies that don’t take stands on issues like this.

“I think those companies that take that kind of passive position are really going to feel it in their pocketbook,” said Archer, who is Black.

It remains to be seen whether corporate activism will extend to political donations.

After a mob of Trump supporters stormed the U.S. Capitol on Jan. 6 to stop Congress from certifying Joe Biden’s win over Trump, many companies said they would stop contributing to lawmakers voted to reject the outcome of the election or pause all giving to review their donation policies.

The freeze has begun to thaw.

A political action committee controlled by AT&T, which pledged to cut off lawmakers who objected to certifying the election, cut a $5,000 check in February to House Conservatives Fund, a leadership PAC led by Indiana Rep. Jim Banks, who voted to object to the election results, records show. JetBlue Airways, which said it would pause donations after Jan. 6 — and signed Wednesday’s letter — recently gave $1,000 to New York Republican Rep. Nicole Malliotakis, who also voted to object to the election outcome.

Some are donating to committees controlled by party leaders that spend big to boost the chances of all Republican candidates in the House and the Senate.

Most companies have not said whether they will withhold donations from lawmakers who are pushing the new voting laws.

“I’m dubious they will go that far. It’s easy to make political statements and continue to give money,” said Lawrence Glickman, a Cornell University history professor who wrote a book about the influence of business on U.S. politics. “It makes front-page news when Coca Cola, Delta or another big corporation says something about voting-rights laws, but how often does it make front-page news when they make a campaign contribution?”

Companies have a natural fear of antagonizing politicians whose help they might need in the future. Or to avoid retribution.

Georgia lawmakers voted in 2018 to strip a tax break that Delta enjoyed on jet fuel after the airline ended a discount program for National Rifle Association members, although the then-governor restored the benefit. The Georgia House voted again to kill the tax break two weeks ago after the Delta CEO criticized the voting law, but the Senate adjourned without taking action.

More than 350 different voting bills are under consideration in dozens of states, according to a tally from the Brennan Center for Justice, a public-policy think tank. On Tuesday Arkansas was among the latest to approve changes to its election laws, including restrictions on outside polling places and on absentee ballots.

The pushback against GOP-backed voting laws drew a warning this month from Senate Republican leader Mitch McConnell, who told business leaders to “stay out of politics.” He warned companies not to get involved in upcoming debates in Congress over environmental policy and gun violence.

McConnell backtracked a few days later, admitting “I didn’t say that very artfully.” Instead, he accused business leaders of not reading the Georgia bill before condemning it.

Dee-Ann Durbin and Tom Krisher in Detroit and Anne D’Innocenzio in New York contributed to this report.