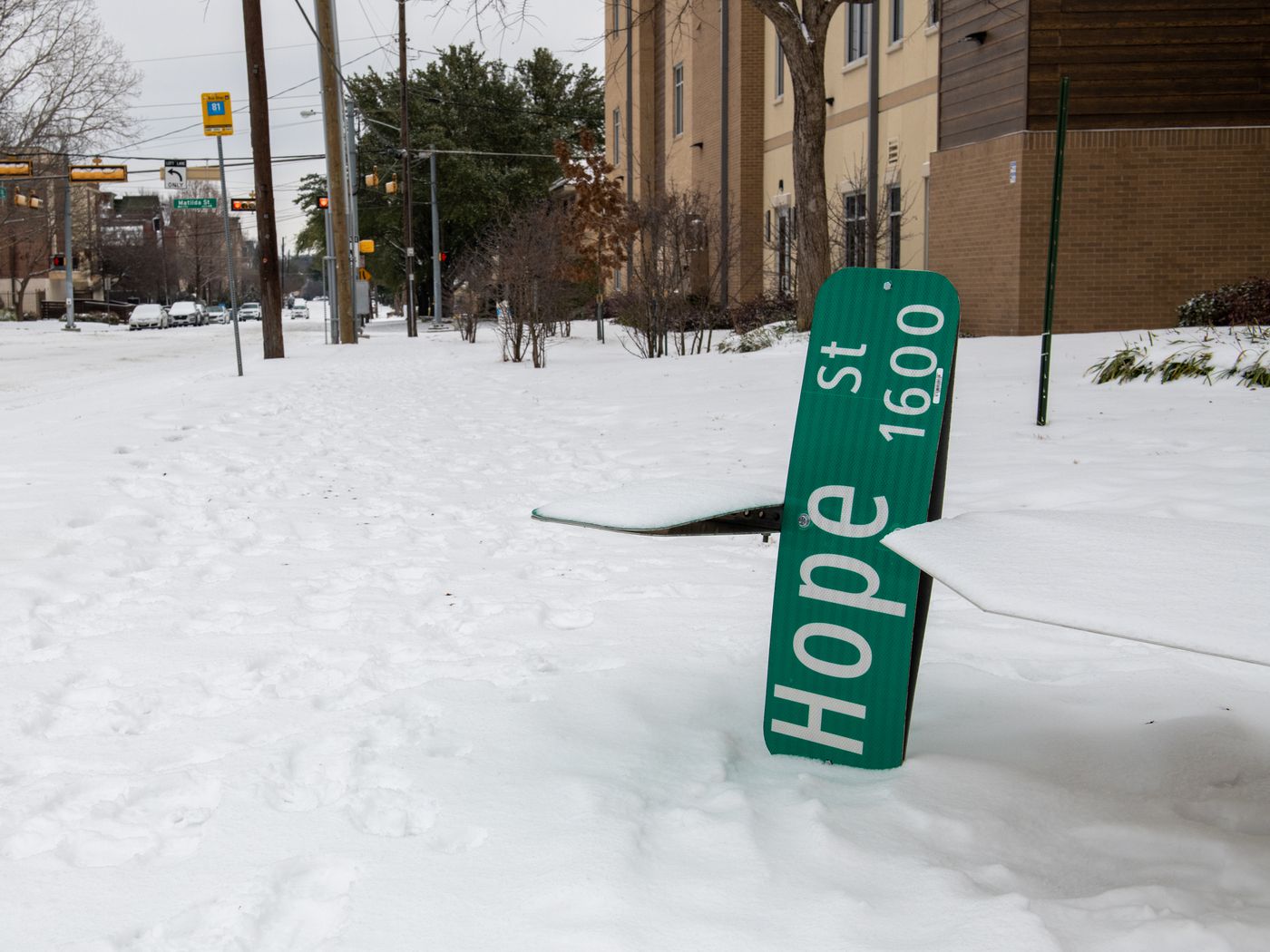 Collectively, mutual aid groups in Dallas-Fort Worth have raised hundreds of thousands of dollars over the past week to feed and house people impacted by Winter Storm Uri. With their Venmo and CashApp accounts full, though, these groups are running into a major snag: account holds and transfer delays imposed by these mobile payment platforms.

As millions lack clean water and hundreds of thousands are still without power across Texas, mutual aid groups have worked around the clock to raise donations and distribute funds to those who need immediate relief. “Folks here in Texas here are sinking and we have neighbors from all over the world donating to the cause,” says Kirby Lynch, lead organizer for mutual aid group North Texas Rural Resilience.

The sudden influx of donations and the large number of distributions these organizations are making has triggered restrictions on some of the accounts that they should be using to send money directly to people to buy the essentials that they need. CashApp reportedly only allows verified accounts to send up to $7,500 per week, and according to Venmo’s terms of service, verified account holders can only send $4,999.99 via person-to-person transactions every week. Not surprisingly, these limits have created major headaches for Feed the People Dallas.

Thanks in part to shoutouts from high-profile celebrities like Reese Witherspoon and Kacey Musgraves, the organization has raised $200,000 and counting via Venmo and CashApp in the past week — well in excess of that $4,999 limit. That means that organizers will have to wait to start fulfilling the more than 500 requests the organization has received for aid from Dallasites impacted by the storms. As they work through the backlog, Feed the People Dallas has put new applications on hold.

Mutual aid groups have been providing direct assistance to residents of Camp Rhonda, an autonomous encampment for unhoused people

DFW Mutual Aid encountered a similar issue after distributing thousands of dollars to individuals and organizations in the wake of the storm. In a tweet on Thursday, the organization said that it was trying to work on a solution with its payment platforms, but that payments could be delayed until next week due to the limits.

Because people are without clean water and electricity, the delays in sending payments have led to outcry on social media. Using the hashtag #StopTheHolds, mutual aid organizations across the state have demanded that Venmo and CashApp immediately release the holds on mutual aid accounts on these platforms, and significantly raise spending limits to allow the disbursement of these funds to move forward as quickly as possible.

In an email to Eater, a representative for Venmo said that the company was closely monitoring the situation involving these mutual aid funds. “We encourage anyone who is encountering difficulties accessing their funds to contact the Paypal and Venmo customer

While local governments struggled to respond to the crisis, local mutual aid organizations have led the charge to provide relief to Texans battered by Winter Storm Uri. Though the worst of the snowstorm is over, many Texans have been plunged underwater financially — and in the worst cases, literally due to burst water pipes. As a result, mutual aid groups in Texas expect to stay busy providing assistance to those impacted by the storm’s lingering effects well into the coming months. This catastrophe comes at an especially bad time, with the COVID-19 crisis continuing to linger and 1.6 million Texans saying they have have no confidence that they will be able to pay their rent next month.

And still, despite these technical issues, ongoing weather woes, and the ever-increasing demand for assistance, these Dallas-Fort Worth groups have been able to demonstrate the power of mutual aid over the past week, and just how quickly they’re able to make meaningful change.

Via its Instagram account, Funky Town Fridge shared the story of a single mother in the area who was behind on bills and needed to buy personal hygiene items for her children. Minutes after submitting her request, the woman received $500 via CashApp to help pay rent and utility bills.

The Impact of Severe Winter Storms