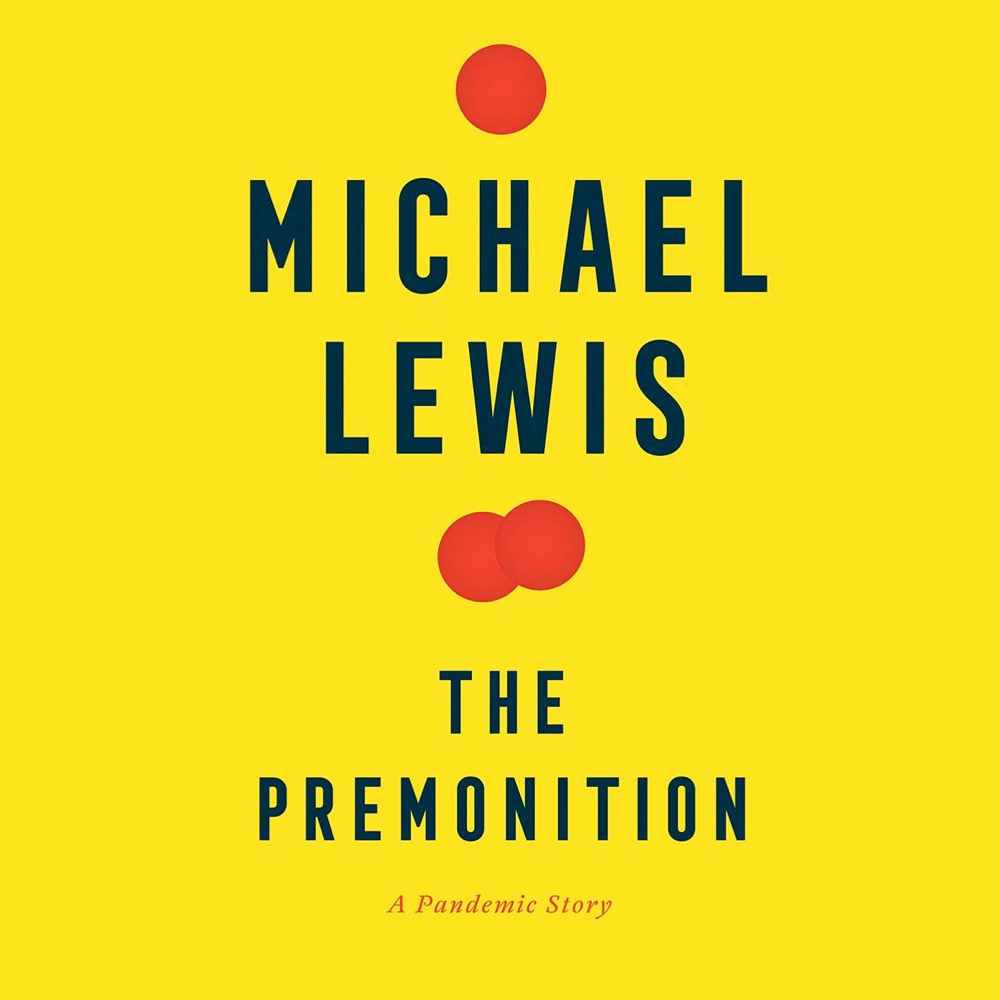 When large, seemingly sudden systemic failures occur, Michael Lewis is one of those writers who’s just waiting to pounce on it and tell us all about it. So it’s not a surprise to see that his new book comes out tomorrow: The Premonition: A Pandemic Story (ebook). From a Time interview with Lewis:

The Premonition makes sense of the COVID-19 pandemic through three people, each of whom knows a great deal about how to stop it-and none of whom is ever approached by the U.S. government: A “redneck epidemiologist” named Carter Mercher who had written the closest thing the government had to a pandemic strategy; Joe DeRisi, a McArthur Fellow who once built a chip containing all the world’s viruses; and Dr. Chastity Dean, an obscure local health official in California.

And from a mainly positive review by the NY Times’ Jennifer Szalai:

True to form, Lewis makes few grand claims for what he finds, preferring instead to let the curated details speak for themselves. “I like to think that my job is mainly to find the story in the material,” he writes in the prologue. “I think this particular story is about the curious talents of a society, and how those talents are wasted if not led. It’s also about how gaps open between a society’s reputation and its performance.”

The main question running through “The Premonition” is how, when it came to the initial Covid response, a very rich country that was ranked first globally in pandemic readiness in 2019 managed to incentivize almost all the wrong things.

Of course, this is the reality that all of us have been living for the past year, so the failures of the system don’t come as much of a surprise. Still, Lewis finds ways not just to showcase the brokenness of the system writ large but to zoom in on the sand in the gears.

But Szalai also notes the drawback of most of Lewis’s books:

This method of hewing so tightly to his characters’ perspectives gives Lewis’s narrative its undeniable propulsion, but it also comes at a cost. He doesn’t supply any endnotes, or even a sense of how many people he talked to. His main characters are presented to us as they would undoubtedly like to appear: charmingly obsessive, unwaveringly principled and unfailingly right.

You can listen to a brief interview with Lewis on NPR’s Morning Edition.