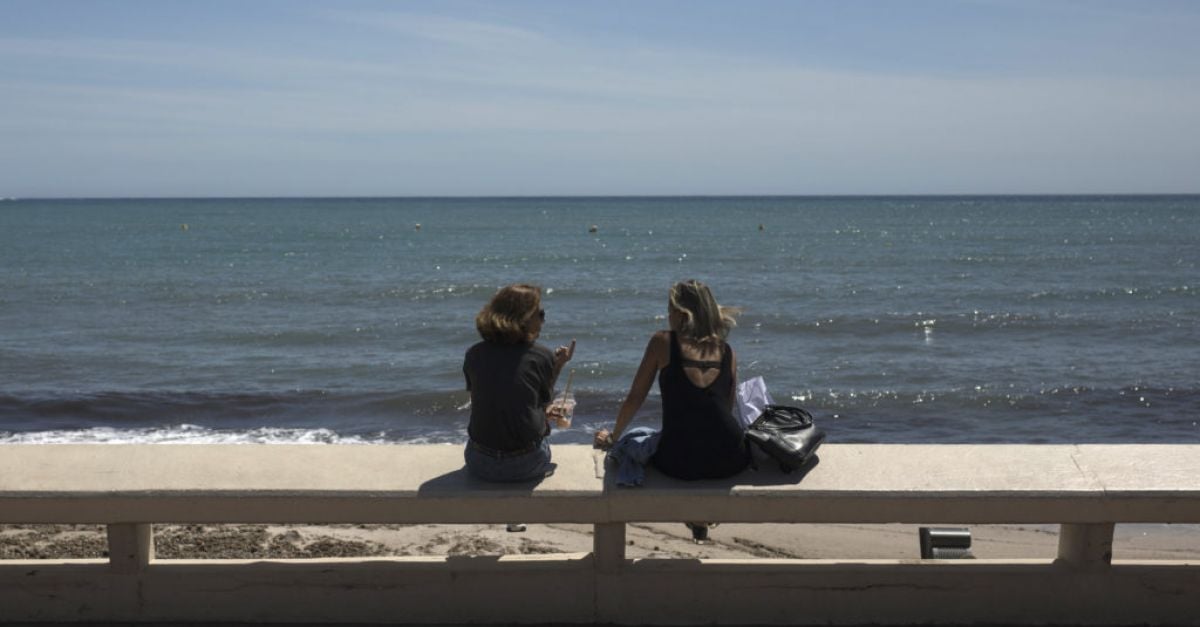 A region in south-east France is adding daytime weekend lockdowns to a 12-hour nightly curfew already in place seven days a week to slow a surge in coronavirus infections that is straining hospital resources.

The Alpes-Maritimes region that includes the towns of Nice, Cannes and other Mediterranean beauty spots is the first region to add the increased restrictions to the daily 6pm-6am curfew that has been in force nationwide since January.

For at least the next two weekends, most people in the region will only be allowed to leave their homes to buy food, for medical appointments, to walk pets or for one hour of physical exercise during the day before curfew.

The measures, announced by the region’s top official, apply to the Alpes-Maritimes’ coastal towns where 90% of the population lives.

Prefect Bernard Gonzalez said the region has the highest infection rates in France, with nearly 600 virus cases per 100,000 people. He said hospital wards are close to being overwhelmed and described the situation as “very worrying”.

The news came as Sanofi announced it is going to produce as many as 12 million coronavirus vaccine doses per month for rival Johnson & Johnson, the second time the French drugmaker has turned over production facilities to speed up supplies of a rival company’s vaccine, while its own candidate faces delays.

Sanofi’s announcement was quickly trumpeted by French President Emmanuel Macron, who relayed the development on his Twitter account. “We must together accelerate the production of vaccines with industrial partnerships,” Mr Macron tweeted.

Sanofi said its vaccine manufacturing plant in Marcy l’Etoile, France, will formulate and fill vials of Johnson & Johnson’s vaccine candidate, developed by its Janssen companies. Sanofi said its French plant is expected to produce about 12 million doses per month of the single-dose vaccine.

Today we announce the initiation of the new Phase 2 trial for our #COVID19 recombinant vaccine candidate developed with @GSK, bringing us one step closer to combating the pandemic and protecting populations against this virus. https://t.co/bEcr3ppxKs#SanofiActs pic.twitter.com/JS4b1TtVVt

Sanofi’s CEO, Paul Hudson, said the company remains committed to its own two Covid-19 vaccine programmes but is also “stepping forward to show solidarity”. Sanofi has already previously announced that it will help bottle and package 125 million vaccine doses for the rival partnership of Pfizer-BioNTech.

Portuguese health authorities said they had detected seven cases of the variant, warning that it is highly contagious and may be able to infect people who previously have had Covid-19.

More than 150,000 Brazilians live in Portugal. The two countries have close cultural and economic ties.

Portugal was for several weeks last month the world’s worst-affected country in the pandemic, with the highest number of new daily cases and deaths, but a lockdown since January 15 has eased the pressure on the public health service.

The European Centre for Disease Control says Portugal’s 14-day case notification rate per 100,000 people is 590. That makes it the fourth highest in the 30 countries monitored by the EU agency.

Elsewhere, schools for younger pupils in more than half of Germany’s 16 states reopened on Monday after two months of closure due to the pandemic.

The move comes despite growing signs that the decline in case numbers in Germany is flattening out again and even rising in some areas.

Germany’s education minister, Anja Karliczek, has defended the decision to reopen schools, saying younger children in particular benefit from learning together in groups.

She told German news agency dpa that schools should use “all available means to prevent virus transmission” and expressed confidence that state education officials — who are in charge of school matters in Germany — would consider infection numbers when deciding where to reopen.

Germany’s disease control agency said there were 4,369 newly confirmed cases and 62 deaths in the past day, though Monday’s numbers are often low due to reporting delays over the weekend.