Coronavirus: What's happening in Canada and around the world on Thursday | CBC News 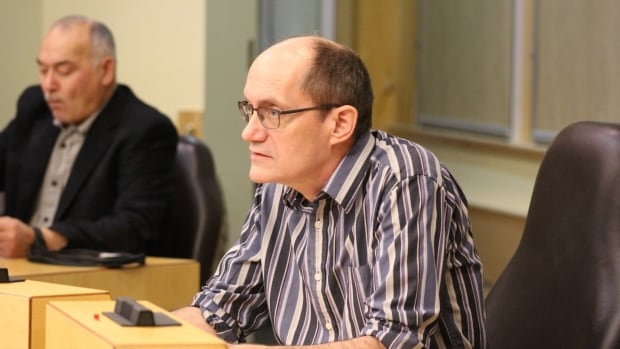 Health officials in Nunavut reported the territory's first confirmed case of COVID-19 in weeks on Wednesday, while Yukon's top doctor said that the P1 variant of concern has been detected in the territory.

The third wave of COVID-19 has taken hold across most of Canada, with provinces trying to fight back by tightening restrictions, keeping children out of the classroom and some considering mask mandates. 2:02

Health officials in Nunavut reported the territory's first confirmed case of COVID-19 in weeks on Wednesday, while Yukon's top doctor said that the P1 variant of concern has been detected in the territory.

Nunavut's Chief Public Health Officer Dr. Michael Patterson said in a statement released Wednesday that the person with COVID-19 is isolating and "doing well." The case — the first in Iqaluit — prompted officials to issue guidelines around gatherings and order all non-essential businesses and government offices in the city to close.

Speaking at a briefing on Thursday, Patterson said officials were looking into whether the case was a variant of concern. Contact tracing is ongoing, he said, noting that the priority is to stop the spread of the virus as soon as possible

Nunavut last reported a case in late March, part of an outbreak of cases in the remote community of Arviat.

Meanwhile, Yukon's Chief Medical Officer Dr. Brendan Hanley reported that the P1 variant of concern, which was originally reported in travellers from Brazil, had been identified in the province.

Hanley raised the issue as he gave an update about recent cases in a "family household cluster" linked to a group that travelled to Yukon from out of territory.

There are questions about how Ontario is managing its COVID-19 vaccine supply as thousands of appointments, in some of the hardest hit neighbourhoods, were abruptly cancelled because of vaccine shortages. 2:54

Ontario on Thursday reported 4,736 new cases of COVID-19 and 29 additional deaths. Hospitalizations in the hard-hit province, which have been placing increasing strain on the health-care system, stood at 1,932, with 659 in ICU.

In Quebec, meanwhile, health officials reported 1,513 new cases of COVID-19 and 15 additional deaths on Thursday. COVID-19 hospitalizations, as reported by the province, stood at 661, with 159 people in intensive care.

In Atlantic Canada, Nova Scotia on Thursday reported three new cases of COVID-19, bringing the number of active cases in the province to 42. The remaining Atlantic provinces had not yet provided updated figures for the day.

In Alberta, the number of new cases reported Wednesday was 1,412, with eight additional deaths. Hospitalizations in the province stood at 420, with 92 in ICU.

British Columbia reported 1,168 new cases of COVID-19 and six additional deaths on Wednesday, as hospitalizations in the province hit a record high.

The province reported Wednesday that 397 people are in hospital due to the virus, surpassing a previous high of 374 seen in December. The number of people receiving intensive care stood at 120.

What's happening around the world

As of early Thursday morning, more than 138.3 million cases of COVID-19 had been reported worldwide, according to a Johns Hopkins University database. The reported global death toll stood at more than 2.9 million.

There is still a "shocking disparity" in global distribution of COVID-19 vaccines, the head of the World Health Organization (WHO), Tedros Adhanom Ghebreyesus, said on Thursday. Tedros, addressing an event of the Gavi Vaccine Alliance, said that some low- and middle-income countries in the COVAX facility still had not received any vaccines, while others had not received their second round allocation.

"We need an urgent scale-up in financing COVAX," he said.

In the Americas, Johnson & Johnson's vaccine remained in limbo as a U.S. health panel called for more data before making a decision on how and whether to resume use of the one-dose shot, putting off a vote for a week or more.

Argentina's government will tighten pandemic restrictions in and around the capital Buenos Aires to rein in a sharp spike in COVID-19 cases, including shutting schools and imposing a curfew from 8 p.m. to limit social activity.

In Africa, South Africa has agreed to onerous conditions such as non-refundable down payments to secure vaccines from Johnson & Johnson and Pfizer, its health minister said, describing the terms vaccine manufacturers had demanded as "difficult and sometimes unreasonable."

In the Asia-Pacific region, India reported more than 200,000 new coronavirus cases Thursday, skyrocketing past 14 million overall as an intensifying outbreak puts a grim weight on its fragile health-care system.

Hong Kong is expanding its vaccination drive to include residents below 30 as it sought to boost the city's slower-than-expected uptake of COVID-19 vaccines.

WATCH | WHO lauds Greece for program to vaccinate refugees:

Greece's plan to include tens of thousands of refugees in its national vaccination rollout against COVID-19 is a clear example of equity needed inside borders to defeat the coronavirus, says Dr. Hans Kluge, the World Health Organization's director in Europe. 0:54

In Europe, a top official from the World Health Organization says Europe has surpassed one million deaths from COVID-19. Dr. Hans Kluge said the situation remains "serious" with about 1.6 million new cases reported each week in the 53 countries that make up its European region.

Serbia, meanwhile, has announced it will begin packing and later producing Russia's Sputnik V coronavirus vaccine, which would make it the first European state outside Russia and Belarus to begin manufacturing the jab.

In the Middle East, Iran has finalized a deal with Russia to purchase 60 million doses of Sputnik V coronavirus vaccine.

The state-run IRNA news agency reported Thursday that Iran's ambassador to Russia, Kazem Jalali, says the contract for enough vaccines to inoculate 30 million people was "signed and finalized." Jalali says Iran will receive the vaccines by the end of the year.

-From The Associated Press, Reuters and CBC News, last updated at 10:50 a.m. ET

Have questions about this story? We're answering as many as we can in the comments.