Amazon Prime Day 2021 runs June 21 - 22. That's right, as it has been in recent years, Prime Day is a two-day event. And just like always, you can expect to see discounts on a vast swath of items at the online retailer. Among those discounts, Amazon tends to deliver all kinds of video game deals during its annual sale event. Read on to get an idea of what to expect.

You Need Amazon Prime to Participate 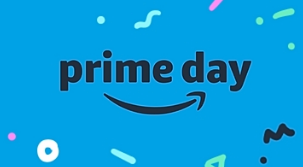 Sign up for a free trial of Amazon Prime and take advantage of all its benefits during Prime Day.

The first thing you need to know about Prime Day 2021 is that you can't get any of the discounts if you're not a Prime member.

Fortunately, you can sign up for a free 30-day trial of Prime. Once you do that, you can take full advantage of all the Prime Day deals you want. Better yet, if you choose not to continue your membership, you can cancel before the 30 days are up. You'll still get the discounts on what you bought, but you won't have to pay anything at all.

Even if you're not eligible for the free trial, perhaps because you've used it before, you can still pay for a month of Prime ($12.99) to get the Prime Day deals, and then cancel after the sale ends.

While we don't expect any big discounts on video game consoles, you'll definitely be able to save money on video games themselves. Last year, Amazon had all kinds of first-party Nintendo Switch games on sale for $39.99, including Super Mario Odyssey, Pokemon Sword/Shield, Splatoon 2, Link's Awakening, and more. Those deals may definitely come back.

We'll likely see deals on PS Plus and Xbox Game Pass Ultimate. Both programs are well worth it for anyone who owns the respective systems, as they grant you access to free games and online play.

This might go without saying, but seeing as Sony and Microsoft can't keep the latest generation of game consoles in stock, there's no chance they'll offer discounts on them.

That's a bummer, but it is possible Amazon will get a re-stock during the event -- though even that is hardly a sure thing. If Amazon does get a re-stock, it will likely happen unannounced and just appear on the site without warning. That's how Amazon has been bringing both PS5 and Xbox Series X|S back in stock since they launched.

Twitch Merch 50% Off With Prime

Offer is valid until June 20. You must be a Prime Member to get the savings. For apparel, select your size to see the discount.

Some of the earliest early Prime Day discounts are generally on Amazon's own hardware. To that end, you can save some cash on items like the Echo Dot, Echo Buds, and Echo Show. Check out all the early Prime Day deals.

Other retailers often run sales at the same time as Amazon's Prime Day sale. To that end, it's definitely wise to keep your eyes peeled for video game discounts at places like Best Buy, Walmart, and GameStop. We'll be sure to highlight any and all notable deals at those places as well as part of our Prime Day coverage.

Chris Reed is a commerce editor and deals expert at IGN. You can follow him on Twitter @_chrislreed.