Pokémon Unite Launches Next Month On Switch, But Mobile Players Will Need To Wait 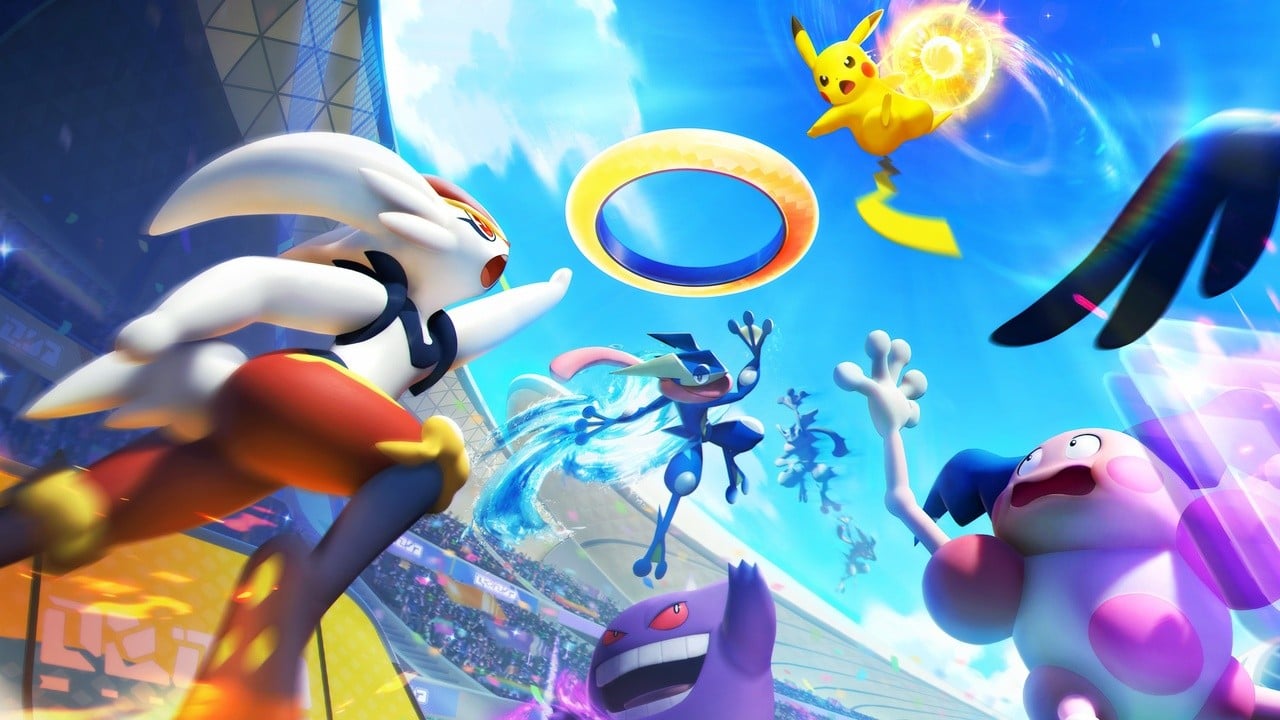 The Pokémon Company has shared plenty of new details on Pokémon Unite, confirming that the game will launch on Nintendo Switch next month.

Mobile players will have to wait a little longer – the game hits Switch first in July, followed by a mobile launch in September – but it'll be free-to-start on both platforms and cross-platform play is "planned". A brand new trailer has been released to give us a fresh look, so make sure to watch that above.

UNITE takes place on Aeos Island, a mythical island said to be on the ocean’s unexplored frontier. There, players will find the Unite Battle Committee (UBC), which runs a series of Unite Battle tournaments. These battles let players form teams of five and compete against each other to see who can score the most points before time runs out. You'll also come across a mysterious new form of energy known as Aeos energy which can be used in Unite Battles to evolve Pokémon.

The Rules of Unite Battles - Unite Battles are where Trainers and their partner Pokémon compete in 5-on-5 team battles. The key to victory in a Unite Battle is to have a higher score than the other team when time runs out. To earn points for your team, you must gather Aeos energy by defeating wild and opposing Pokémon and then deposit that energy in one of the opposing team’s goal zones. Unite Battles take place in various stadiums, and the rules for each stadium differ. There can be different numbers of team members, different match lengths, and even different Legendary Pokémon that appear.

Face Off against Skilled Teams - In Unite Battles, cooperating with teammates is important. When battling a skilled team or when at a disadvantage, you might be able to open a path to victory by coordinating with teammates. In ranked matches, you can earn performance points, which can increase—or decrease—your ranking depending on the results of the battle. When just starting out, you’ll battle at the Beginner Cup level and begin making your journey to Master Cup. Additionally, those who become ranked will be recorded on a global ranking board for all the world to see.

Level Up - Before every Unite Battle, participating Pokémon are returned to Lv. 1 through the power of Aeos energy, and throughout each battle, they gain Exp. Points and level up. As Pokémon level up, they learn powerful moves and evolve, and when a Pokémon reaches higher levels, it also learns its Unite Move—a powerful move that can only be learned and used in Unite Battles. Unite Moves can change the tide of battle!

Battle with a Fresh Look - In Pokémon UNITE, you can change the appearance of your Pokémon and Trainer. Take part in Unite Battles while showing off your own unique style! You can use Holowear, a special technology that uses Aeos energy, to dress your Pokémon in a variety of outfits. You can also customize your Trainer’s appearance, clothing, and accessories to make sure your Trainer always looks their best, both in and out of battle. You can update your profile with a Unite snapshot that features your Trainer’s avatar and partner Pokémon, and you can even customize the snapshot by changing your Trainer’s expression or pose or by adding stickers. Before entering a match, you and other players can see each other’s Unite snapshot, too!

Find Your Role - Many different Pokémon, such as Charizard, Pikachu, and Greninja, appear in Pokémon UNITE. Although type strengths and weaknesses do not exist in Unite Battles, each Pokémon has its own unique stats and role—Attacker, Defender, Speedster, Supporter, or All-Rounder—that reflects its play style. You’ll want to practice with various Pokémon to find out which best suit you. To use a Pokémon in Unite Battles, you need to have a Unite license for that Pokémon. Unite licenses can be obtained through the Unite Battle Committee, where you can exchange Aeos coins (earnable via Unite Battles) for your desired license.

Enjoy Even More Pokémon UNITE with the Battle Pass – You’ll have the opportunity to earn in-game rewards through the seasonal battle pass. To earn these rewards, you’ll need to level up the pass by completing missions. Additionally, players can upgrade their battle pass by using Aeos gems, enabling them to claim even more rewards.

Will you be checking out Pokémon UNITE when it launches next month? Let us know in the comments below.