HR 1 is not pro-democracy, it's pro-coercion 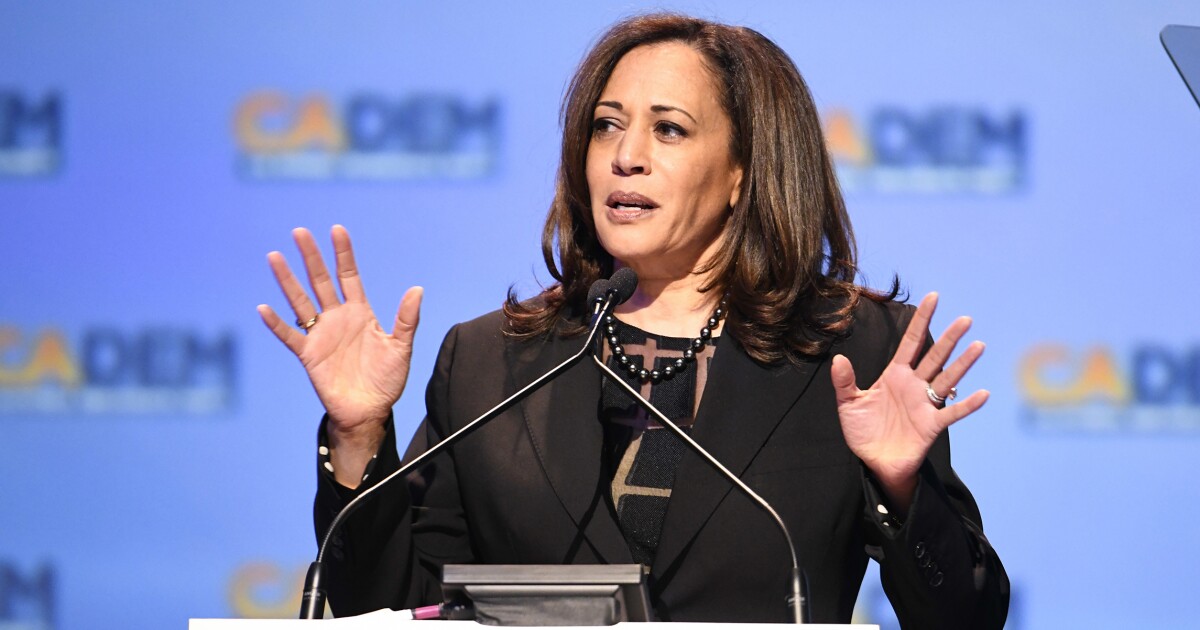 by Washington Examiner, |  | March 11, 2021 12:00 AM
Summary: By winning control of the House, Senate, and White House in 2020, Democrats created an opportunity to make it easier for them to win in the future and harder for anyone to criticize them. Their first order of business, which House Democrats call the “For the People Act,” is largely an exercise in…
Source: https://www.washingtonexaminer.com/opinion/editorials/hr-1-is-not-pro-democracy-its-pro-coercion
www.washingtonexaminer.com
Sentiment: negative
7 minute read
13 people have read this
Topics: democratsbillhousepoliticalhrpeopleballotgroupsfundingcriticize
Stocks: $T$T^A$T^C$TBB$TBC$CIA$EXPR
Share: twitter ruqqus reddit upvotocracy hackernews bitcoinlatte facebook
Short Link: copy link

By winning control of the House, Senate, and White House in 2020, Democrats created an opportunity to make it easier for them to win in the future and harder for anyone to criticize them. Their first order of business, which House Democrats call the “For the People Act,” is largely an exercise in taking the worst election laws in some of the worst-governed states and imposing them on the entire country.

The bill has passed the House, and plenty of worked-up activists (including much of the media and the still-Never-Trump establishment) think Democrats should abolish the filibuster to pass it through the Senate.

H.R. 1 would override state election laws and impose all sorts of mandates, including automatically registering adults to vote, even if they don’t want to register. Democrats passed the For the People Act in 2019, too, but the newest version has some new ideas that they apparently gleaned from the 2020 election.

The bill would bar states from even requiring that identification be provided as a condition of obtaining an absentee ballot.

With these and other provisions, H.R. 1 would nationalize the administration of elections. And it goes even further in nationalizing other bad ideas.

The Democrats’ bill aims to normalize ballot harvesting by striking down any state safeguards against the practice. Yes, some states’ anti-ballot-harvesting laws might accidentally criminalize innocent activity, such as letting Joey run your mail-in ballot up to the mailbox. But if we really believe the vote is sacred, basic safeguards against coercion, fraud, and bullying are necessary.

Taking up Democratic Sen. Sheldon Whitehouse’s “dark money” obsession, the bill requires corporations, unions, trade associations, and other advocacy groups to disclose campaign-related expenditures over $10,000, as well as the donors who fund them. That would function as a clear deterrent to constitutionally protected political speech and association.

California has a law like this, and it’s a bad law, aimed at curbing criticism of politicians. Groups as ideologically divergent as the Citizens United (yes, that Citizens United) and the American Civil Liberties Union are lobbying the Supreme Court to strike down California’s mandate.

Why would you want to impose this disclosure burden on groups that might criticize a politician or simply express a political opinion? We don’t really have to guess. Democrats are known to use the power of elected office to punish political dissenters. California Attorney General Xavier Becerra has practically made a career of this, and he is about to be promoted into the Biden administration for it.

As usual, Democrats want to intimidate and silence people whose views they don’t like. They also want to deputize Big Business to do it for them — as when they demanded that Amazon deplatform Parler and Twitter deplatform former President Donald Trump. Now, Democrats are pressuring AT&T to drop Fox News.

Democrats know that with forced disclosure, they can scare any businesses or individuals out of funding groups that oppose the Democrats' aims or criticize them.

The bill also nationalizes another bad state-level policy: the politics tax. H.R. 1 would establish the taxpayer funding of political campaigns — and you can be forgiven for reading that as welfare for the political consultant swamp-class. The House bill tries to cover up the fact that the money ultimately comes from taxpayers by claiming that it comes from criminal and civil penalties on corporations and rich people. But money is fungible. And whenever politicians lack the courage to admit they are funding their proposals through tax dollars, you know they're ashamed of it.

Coercing voters by normalizing ballot harvesting, coercing donors through forced disclosure, and forcibly funding politicians and their consultants — one wonders why Democrats believe more in coercion than in freedom and debate.